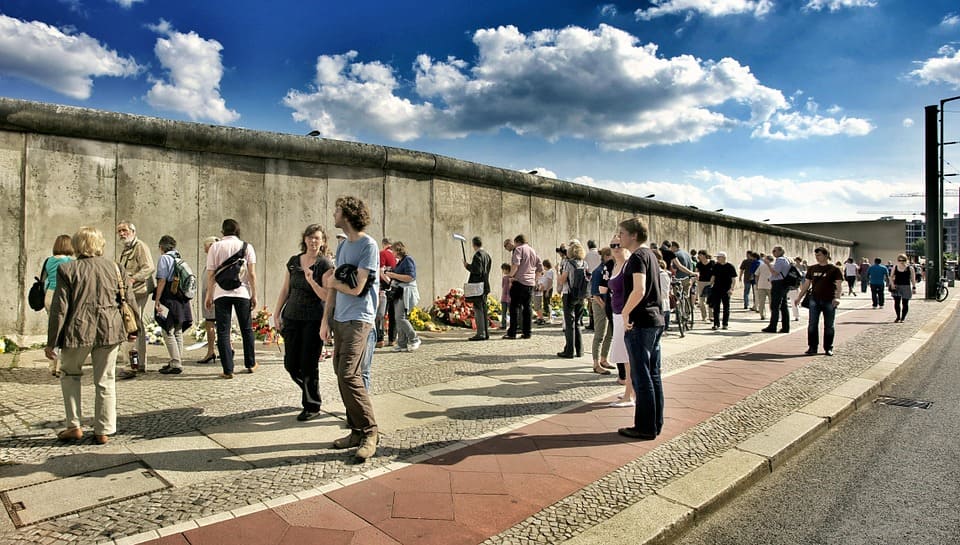 Berlin: A True Pillar of Europe

Berlin is an amazing place you can visit any time in the year. It has lots to offer, from places to see, things to do and memories to make. You won’t be bored even for a second as the diversity it contains is as big as its size – it has a population of more than 3.6 million people. It is the capital of Germany and after London, it is the second most populated city of the EU. It has rivers, museums, cultural places and the infamous Berlin Wall that divided Berlin from 1961 to 1989. If you want to explore Berlin, here is what to put on your “to do” list.

One of the greatest landmarks and certainly the most famous symbol in Berlin is the Berlin Wall. It was a guarded concrete barrier that not only physically but also ideologically divided Berlin for 29 years into East and West Berlin. It was a 155 km symbol of the Cold War and the oppression making West Berlin an island of democracy. Today, its remaining stretches are a reminder of the past and a place for street art.

This is the building where the German Bundestag (Parliament) is housed and one of the Berlin attractions that have such a significant past. It survived wars, Nazis, fire, bombing and the division of the country and emerged as a symbol of the new era in politics. It is built in a neo-baroque style and a trip to the top of the open space is simply a must. This is one of the busiest places to visit Berlin, however, due to a series of terrorist threats in 2010, now it must be booked in advance by filling in an online form at least three working days before you want to go.

One of the greatest and most fun things to see in Berlin and participate in the activity is the Berlin Bike Tour. During the tour, you can learn about Berlin’s complex past and see the Alexanderplatz and the Berlin Wall. It is about 4.5-hour bike tour which will take you to ride along the Spree River, through Tiergarten Park and have lunch at a beer garden. So, you ride a bike in Berlin and see the top attractions of the city; it will surely be one of your most exciting holidays in Berlin.

If you enjoy classical music and want a fancy and very high-class evening to spend in Berlin than this is exactly the thing you should do. You will get to experience the Berlin residence Orchestra concert at the Charlottenburg Palace and before that, you will have a 3-course dinner at the Charlottenburg Palace Orangery. It can get more royal than this – you will admire this magnificent royal residence and listen to renowned musicians playing Bach, Mozart and more composers. As a cherry on the top, you in your VIP tickets will be included a glass of sparkling wine during the intermission.

Dinner atop the Berlin TV Tower

If you are in the mood of seeing the whole of Berlin from a very high spot – then you can have a VIP dinner atop the famous Berlin TV Tower. This is the highest building in Berlin and offers an unforgettable dining experience while you are enjoying the incredible 360-degree views of Berlin. You can choose your meals from a selection of dishes and indulge in three glasses of wine.