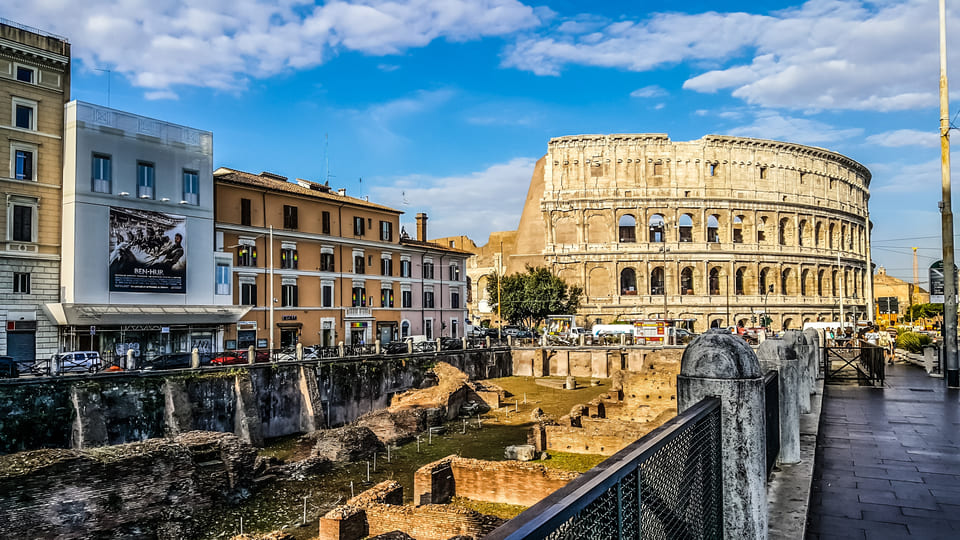 Rome – The Historic, Religious and Art Masterpiece of a City

The cradle of modern Christianity, and the real-life masterpiece when it comes to historical remains and antiquity, Rome is the true European leader. Rome should not be considered a must-visit city only in Italy, but one of the top cities to visit in Europe. It is so big that you will need more than a few days to take it all in. To help you make a list more quickly, here are the things you must see when you visit Rome.

The Colosseum is the most important landmark in Rome. It is the largest building left from ancient times used for the very famous circuses, performances, festivals, games where the population was segregated according to their class. The sight is amazing, and the feeling of history prevails all the time during the experience of visiting this place. You can also enjoy the view of the also famous Arch of Constantine, which is located beside the Colosseum. It is a triumphal arch erected to give honour to the emperor.

Another ancient landmark that remains perfectly intact for 2 millennia is the Pantheon. It served as a temple, but its extraordinary architecture is what makes it so remarkable. Sometime in the past, it was burned by fire and then rebuilt by the highly skilled Roman builders. Its grandiosity is measured as 43 metres of sublime achievement of the Roman interior architecture. Later it became a burial place of the Italian Kings and some of the famous Italians including the painter Raphael. It is undoubtedly one of the places to visit Rome and enjoy the sight and the unique architectural wonder.

A magnificent tourist attraction that is always present in movie scenes set in Rome. A romantic masterpiece where you should throw a coin which will grant you a chance to return to Rome once again. The fountain consists of the sea god Neptune, and there are horses, shells, tritons. It was built in the early 18th century by Nicolo Salvi. The water basin is always full of coins as this tradition keeps making people believe in miracles.

The Spanish Steps and Centro Storico

The historic centre of Rome is called Centro Storico, and it is the central spot for tourists. There are lots of art-filled churches, lively squares and awe-inspiring palaces. The Spanish Steps are an irregular flight of stairs that bring you to the French church Trinita dei Monti. Many tourists have a rest on the stairs and enjoy a delicious gelato – the Italian name for ice-cream.

Even though in Rome, art is ever- and everywhere present, there is a place you can truly enjoy the magic of art. That is the Borghese Gallery and Gardens that has two museums which stand witnesses to a splendid time of the past. The Villa Borghese is one of the museums that is known for the Borghese art collection of paintings, mosaics, sculptures, reliefs and other art masterpieces mainly from the 15th to 18th century. Artworks by Raphael, Titian, Caravaggio and Rubens are among the collections. The gardens, on the other hand, are a true landscape built in an English-style with walking paths and ponds along the way. Inside, there are even zoos with naturalized interior and many other attractions for kids.

The smallest independent state in the world, located in the heart of Rome is Vatican City, home to the Pope and all the Catholics in the world. St. Peter’s Basilica and St. Peter’s square are the main attractions there. Perhaps the most notable is the Sistine Chapel where Michelangelo painted the ceiling, and it became his most appreciated work.

Beware, though, that ticket and standing lines are very long, and the queue can last to 7 hours. Because of that, you can skip the line by booking one of the tours in advance. This tour will show you the museums and the guide will explain everything in three hours.