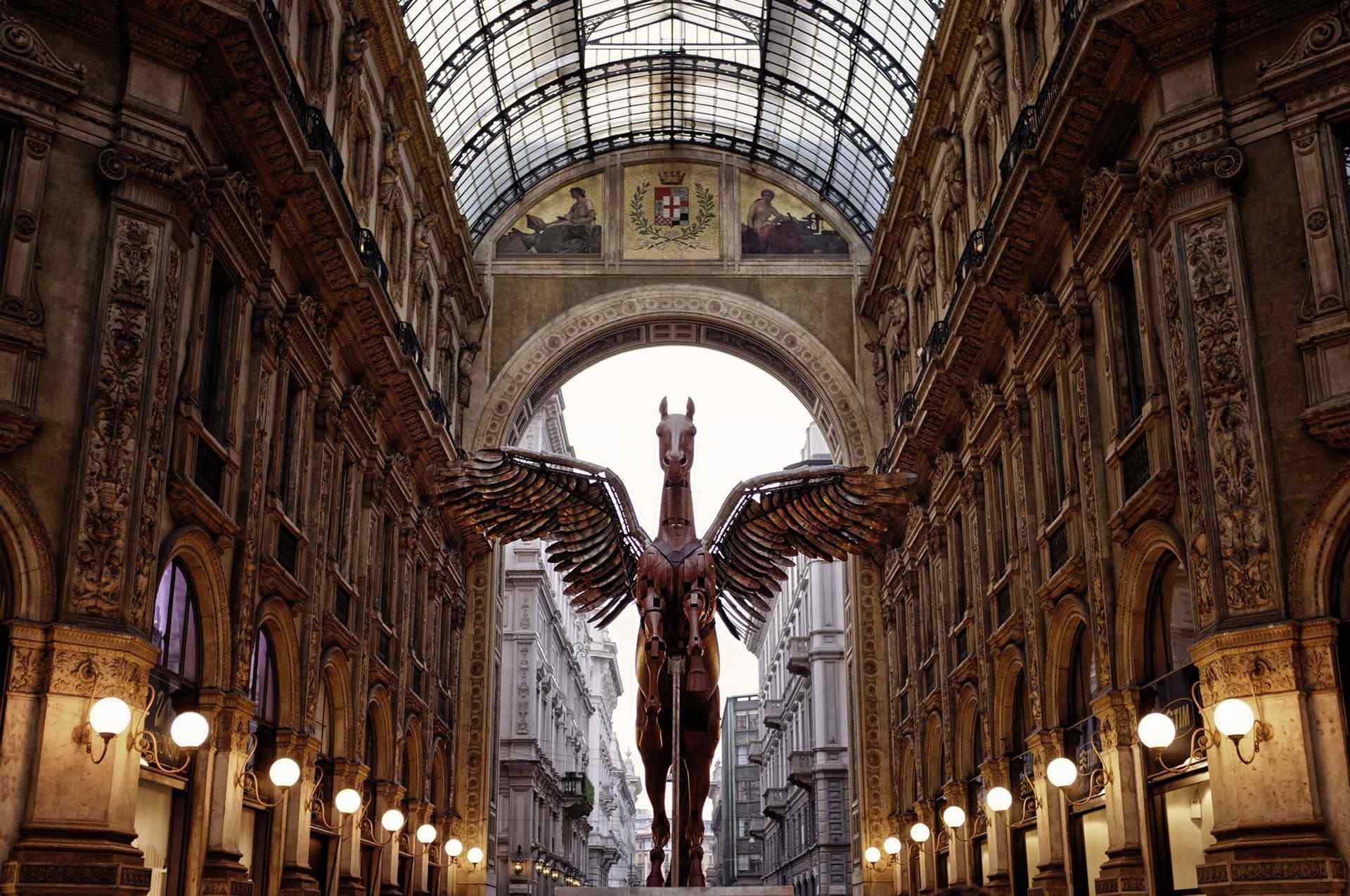 Where the eye meets fashion, history and architecture

The most populous city in Italy, Milan is one of the true wonders of Europe in terms of history, architecture and culture. It was even considered as the capital of the Western Roman Empire at a certain point in the past. After World War II, it economically blossomed and transformed into one of the cities that expanded and grew the most. Today, Milan is a mix of historical architecture with modern skyscrapers that are evidence of the very affluent nature of the city. In addition, the world’s high-end fashion retailers have their residence in Milan and sights like the Duomo Cathedral make for an unforgettable travelling experience. So, here are the top things to see when you visit Milan.

Without a question, we put this magnificent piece of architectural wonder on the top of our list. It is a monumental building located in the centre of Milan in the Piazza del Duomo. It was built in a Gothic Style, started in 1386 and officially finished in 1965. Both the interior and the exterior are decorated with countless towers and statues a beautiful stained glass in bursting colours. Inside there are masterpieces of art and unbelievably detailed statues. You can buy a rooftop ticket and get to the top using the stairs or the lift and get a panoramic view of the whole of Milan.

As already mentioned, the Piazza del Duomo is located in the centre of the city and is the starting point of any excursion in Milan. It is a huge open public square that displays some breathtaking architecture and sculptures.  One of the Milan attractions you can see in Piazza del Duomo is the glorious statue of Vittorio Emmanuel, who was the first King of united Italy. What is more, you can enjoy the sight of many high-end shops, restaurants and bars you are sipping an enjoyable cup of coffee.

Perhaps you know Leonardo da Vince as the great artist who painted Mona Lisa. But, he was more than just a painter – he was an incredible genius and a true visionary, inventor and scholar. In his honour, today, the Museum of science and technology in Milan has his name. You can see many of his works inside along with a huge collection of other innovations in the field of technology that have changed the world as we know it today.

This tremendous building has hosted many great artists from around the world and it is one of the few that have done it. It is located north of Duomo and east of Castello Sforzesco and it is very famous for its acoustic qualities and opulence. The stage inside is fantastic and the whole interior is full of red velvet drapes and gold furnishings. If you could see a show inside when you visit Milan that would be a truly memorable evening.

Castello Sforzesco is a 15th-century castle that is located on extensive grounds and gardens and it is a symbol of elegance and power. It was built in 1370 but it was modified many times during the years. The most interesting part of it is the central courtyard because you can grasp all of the beauty of the place. Moreover, you can visit the small museums in its surroundings and see the artefacts that say a lot about the history of the castle.

For football lovers, this is simply one of the most important places to visit in Milan. San Siro is one of the most famous stadiums in the world and since 1926 is one of the premier sporting venues in Italy.  It has a capacity of 80 000 and this makes it the largest stadium in Europe. When it comes to its appearance, the circular towers that hold up the colossal tiers and the huge roof make this stadium ad one of the most beautiful ones in the world.